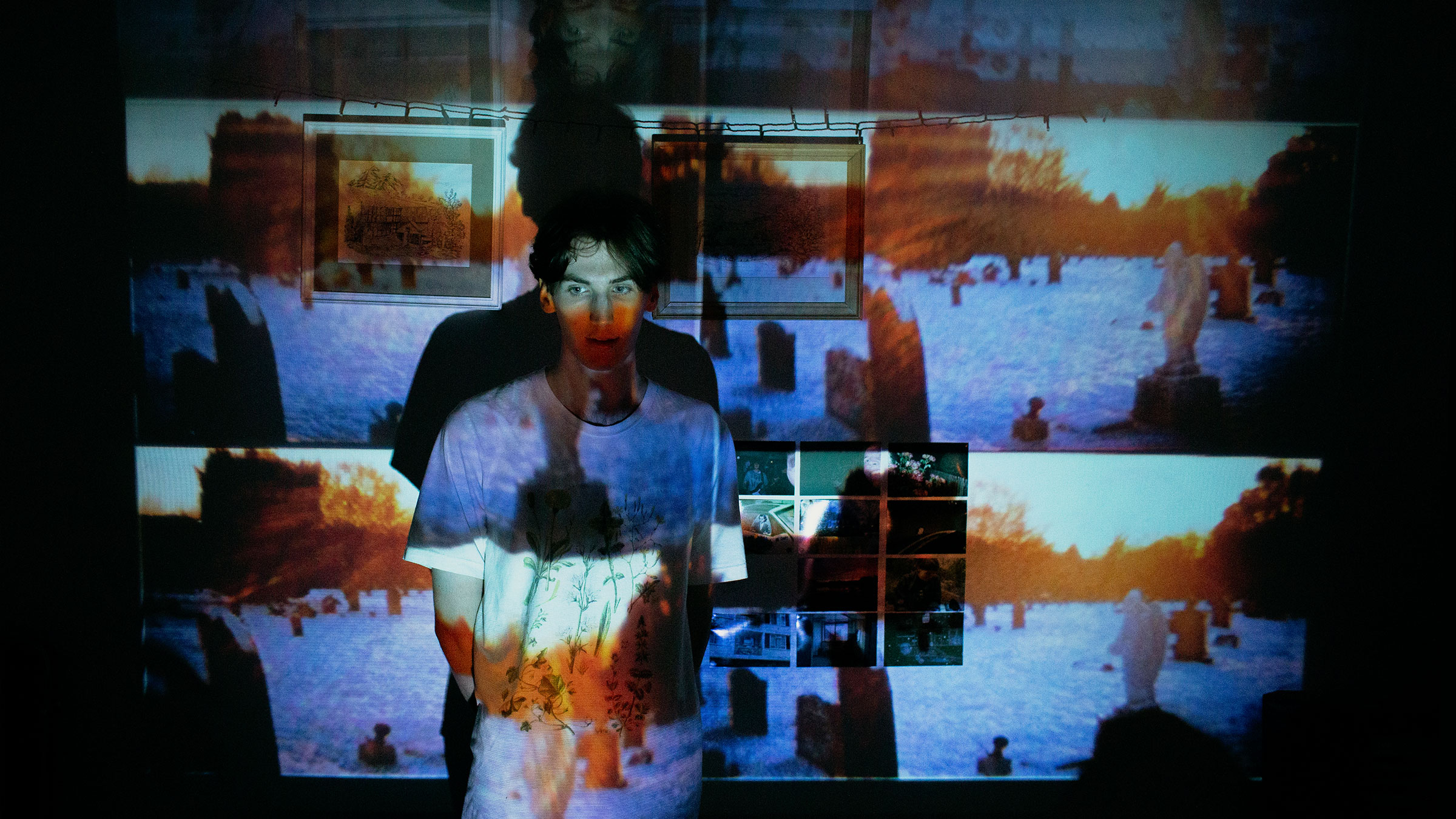 There is always comfort under the light of the moon.

We're proud to work with multi-media artist James Lapidge to release the new ambient experience "drifting into bright light and bliss," an ambient record that emphasizes itself in deep darkness and blinding lights, living in harmony between the two.

This auditory experience was crafted as a solo project by James, after years of playing in traditional garage bands and instrumentation. James says the album began with inspiration from releases such as "Souvlaki" by Slowdive, and "Pornography" by The Cure, but has since taken the time to say its much more than that:

"... I have always gravitated towards movement and mood rather than a melody that will get stuck in your head. This I think stems from being a child and music always making me feel very strongly, whether it was triumph listening to a film score or a sense of awe listening to a choir harmonize. I hope when people listen to my music they can interpret something of a story, or a movement through events or places.

With this release I wanted to convey the idea of moving from one state to another whether that’s emotionally or physically, feeling lost or out of control, and eventually coming out triumphant, hence the title ‘drifting into bright light and bliss’. I hope people can find their own meaning to it when listening."

Although the album is technically split into three parts, we've kept them in-tact for the cassette release, dubbing it in its entirety on both sides for a whole listening experience. We hope you enjoy. 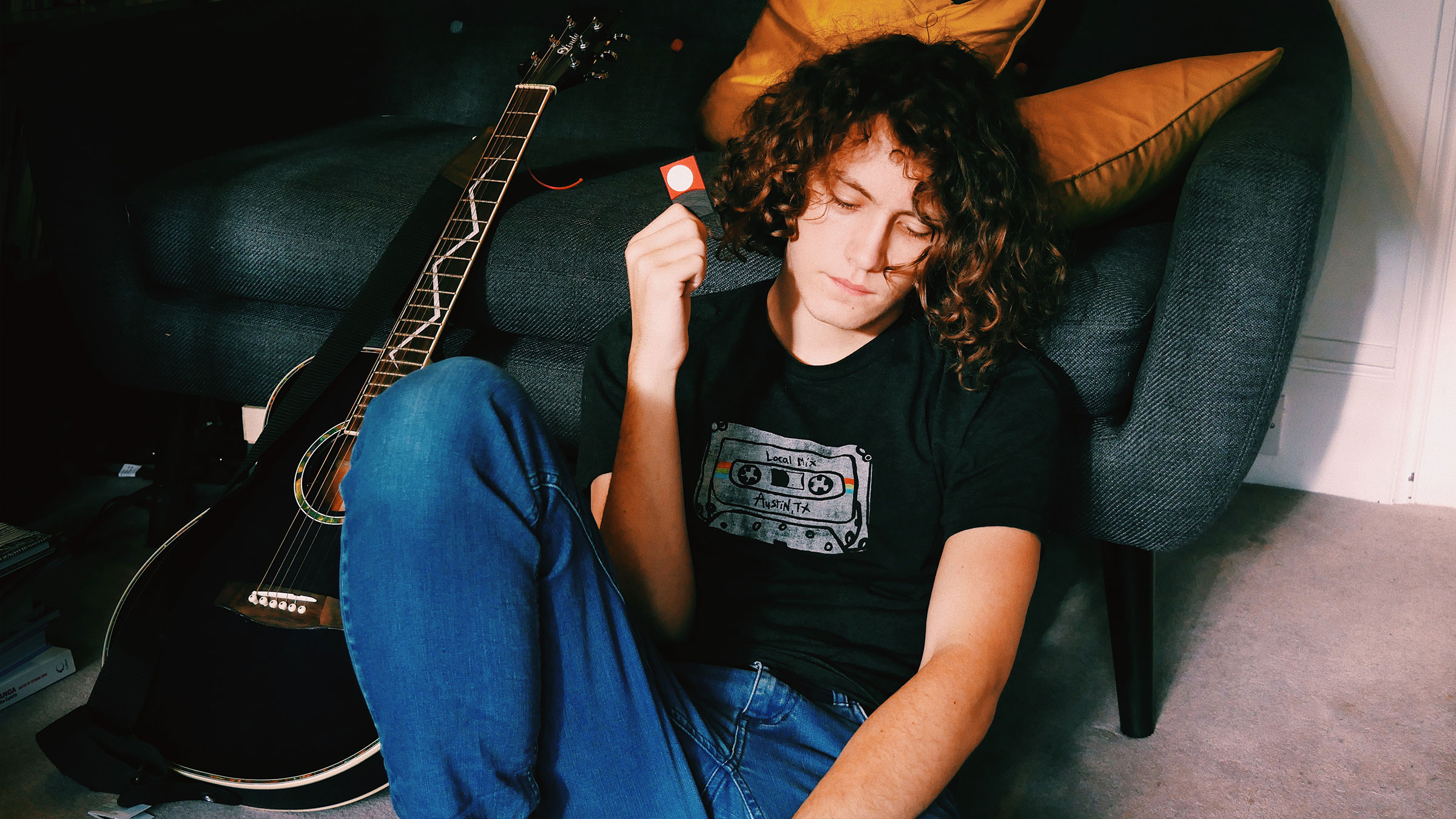 The world of DIY music has always encompassed the interpersonal journey - feelings of empathy, love, discovery, and fascination is what drove Louis Holding through recording the deeply melodic and fun bedroom pop anthem album "Daydream."

Living in London for many years, Louis has worked behind the scenes for many DIY labels and their tapes for quite some time. Now, Chromatic is proud to work with him to have his work front-and-center. The twelve song laid-back album is finally out on cassette after a year and a half from its original release.

With Louis' guitar in hand, we hope you have your headphones in ear for this. 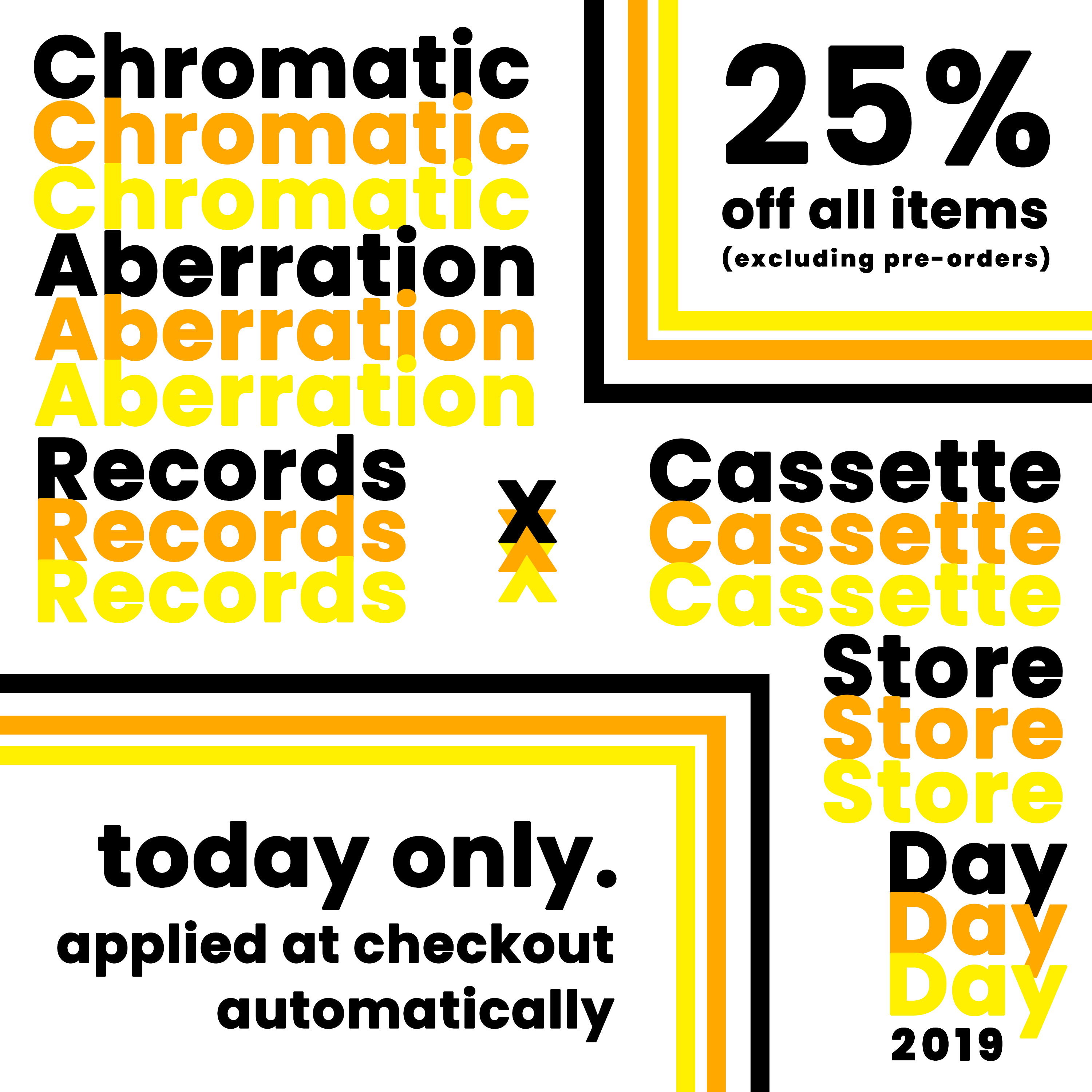 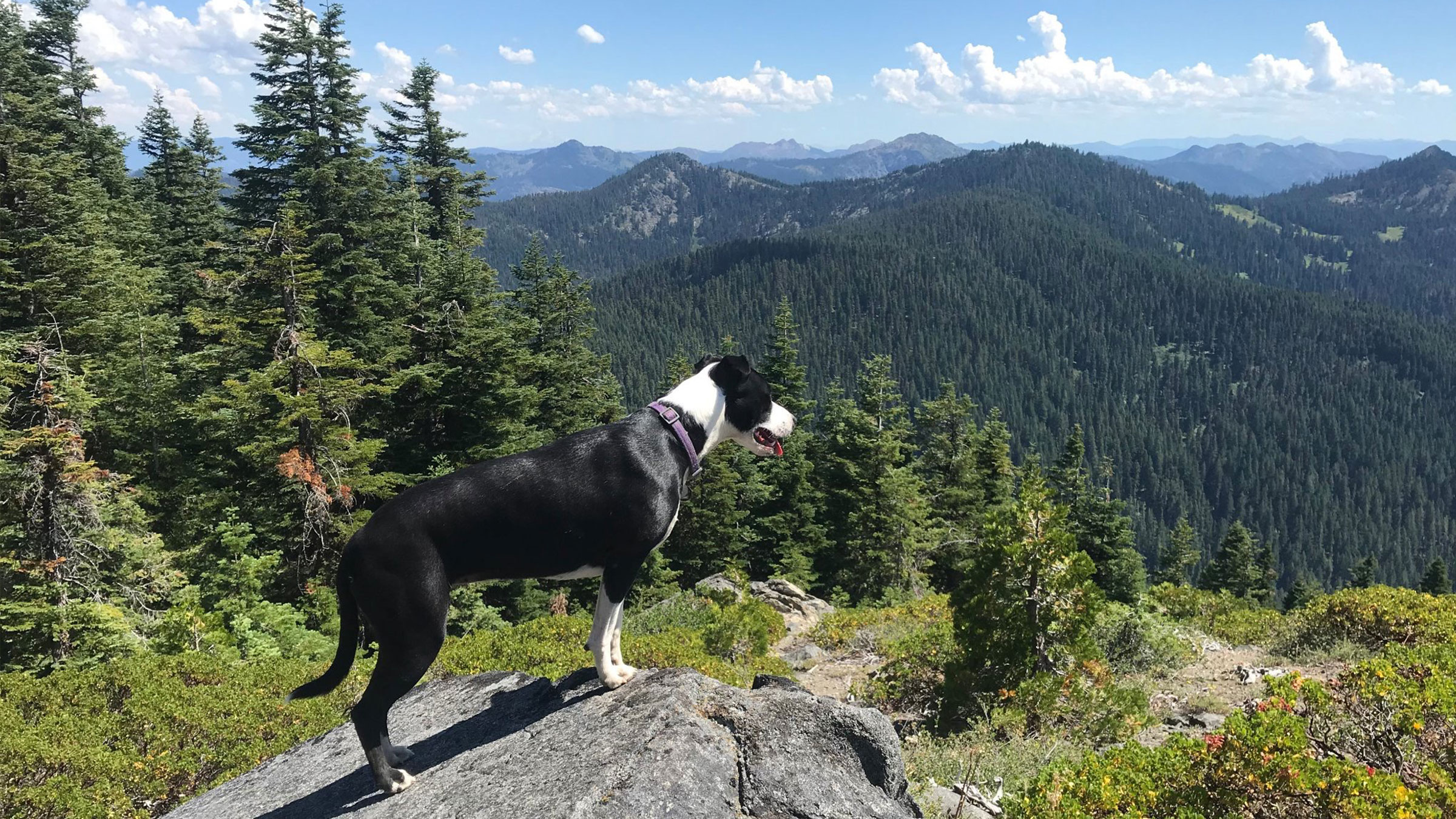 What will you do when the Summer ends? When the clouds and the cold begin to roll in, will you continue to trek forward as you always have?

We're proud to announce a new album from Oregon folk artist Govier, "No More Frontiers," an album about journeying through the wilderness and the mountains with a hopeful and relaxed outlook on life. With the release of his fourth full-length, he continues to polish his recording to a fine point, driving home what he loves about home.

Initially inspired by the primitive cassette recordings of Wholewheat’s "Songs From My Parents’ Basement," Govier began recording music in his college dorm on various 4-track cassette machines. Making fireside jams under his given middle name, Govier’s often confessional, narrative-driven lyrical style is as poignant as it is relatable. From laid back summer sounds to tunes about the human condition, Govier is heartfelt and honest, with more than enough for anyone willing to listen.

In fact, you can listen to two new singles here: Jedi Mind Trick and Mothers Day - with a planned release on September 27th (2 weeks from now!) Digital downloads included with each purchase from our webstore, or pre-save from Bandcamp. 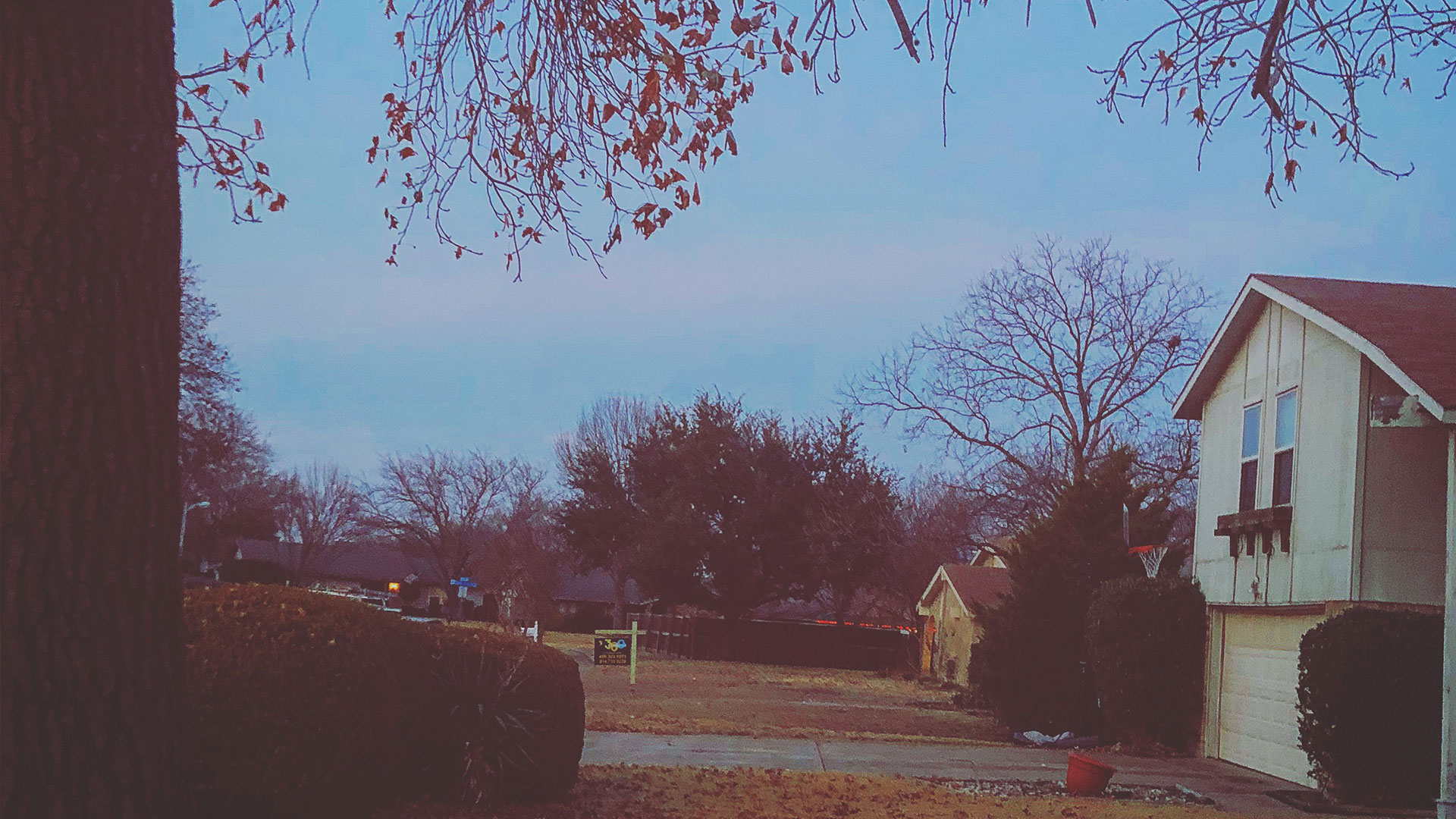 After nearly a year in wait, we're proud to release the final album from Bellchainedbodies - "Home Hurts" is the call-to-action ballad for hope and for healing in tumultuous times.


The long gone voice of Sarah Mae, Bellchainedbodies is years of bedroom recordings and work made from bits and pieces, carefully woven together to make beauty from the least (some of which are of critically acclaimed Z-Tapes fame, no less). Of course, with every song out in the air, there are a thousand more that were almost to be - a testament to an artist who has worked day in and day out to refine xer craft - and does it pay off.

Releasing "Home Hurts" after all this time has proven rewarding to see and hear, and we've worked closely with Sarah to make sure xer work is accurately represented - the tape is a fully remastered version of the album, and includes 2 bonus tracks you can't hear anywhere else - "Sick (Version 1)" and "Like You." We sincerely hope you enjoy as much as we hope you do - this work is like no other.

"A quiet and heartfelt goodbye to bellchainedbodies and a transitional album into what's to come under my new project, Hellsink, Home Hurts is most of what I've been trying to do over the years with my music and I hope you enjoy it"

Well, after much meticulous work, we're excited to finally reveal this all to the world! We have quite a few exciting announcements in our pocket for the time being, but today, we'll share the much more pressing ones.

Well, if you're reading this, you're already here. Welcome! Thank you so much for visiting! We'll keep it brief - the new web domain service is catered very carefully to provide you with a generally better customer experience, and to allows us to accommodate announcements like these easier. Our main page is the newsfeed, so it'll always be filled with stuff we hope you'll like.

Clarence Kelly - Bull Boy Grows His Horns cassettes are in!

After much wait, we finally have CHR-004 in our possession! Working with Clarence has been a great time, and seeing and listening to these tapes has me in awe. Check the article below this one for the full spiel on this fantastic folk-pop release. It's a jam for-sure.

If you haven't already, pick up the tape here - shipping immediately! The order page also has included product images.

In other news, we have one last thing to lay out. Through June, Chromatic Aberration Records will be migrating its location of operation from Canada to the US! More specifically, we'll be operating out of midwest Idaho.

What does this mean? Honestly, well... not a lot. Beyond adjusted shipping prices, we hope to be operating the same way as before, if not bigger and better than ever. Not only do we have big release announcements planned (some very soon), we hope to step it up, offering merch and a wider selection of genres and projects for all to enjoy. Who knows as well, maybe we have a compilation tape coming up?

Thank you so much for taking the time to not only visit the site, but to read this full thing. Your support keeps us going, and my appreciation goes far beyond what an HTML format could ever express. Much love from CA to you, and we hope to see you soon. 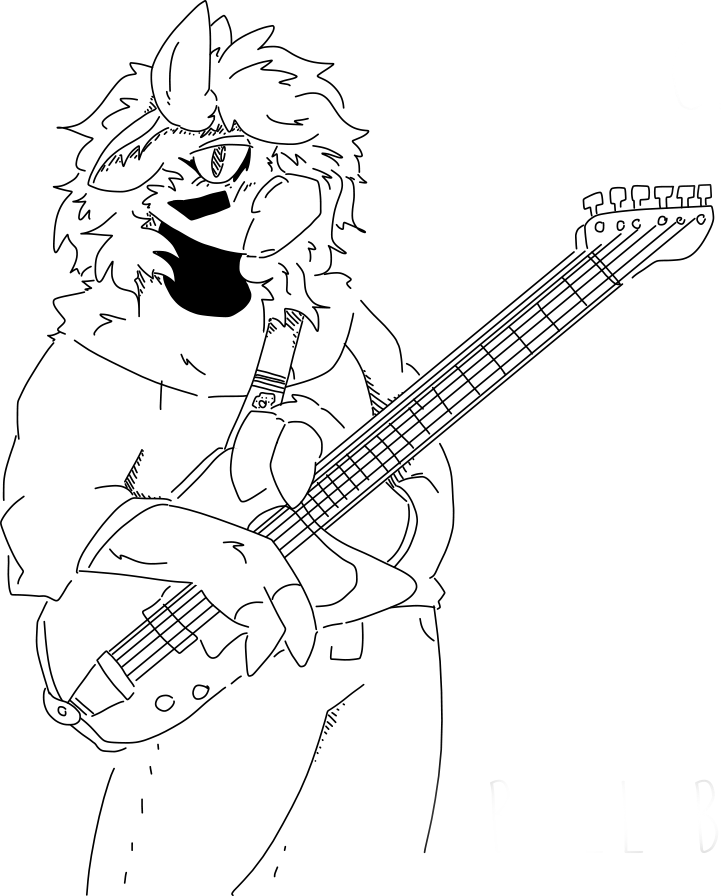 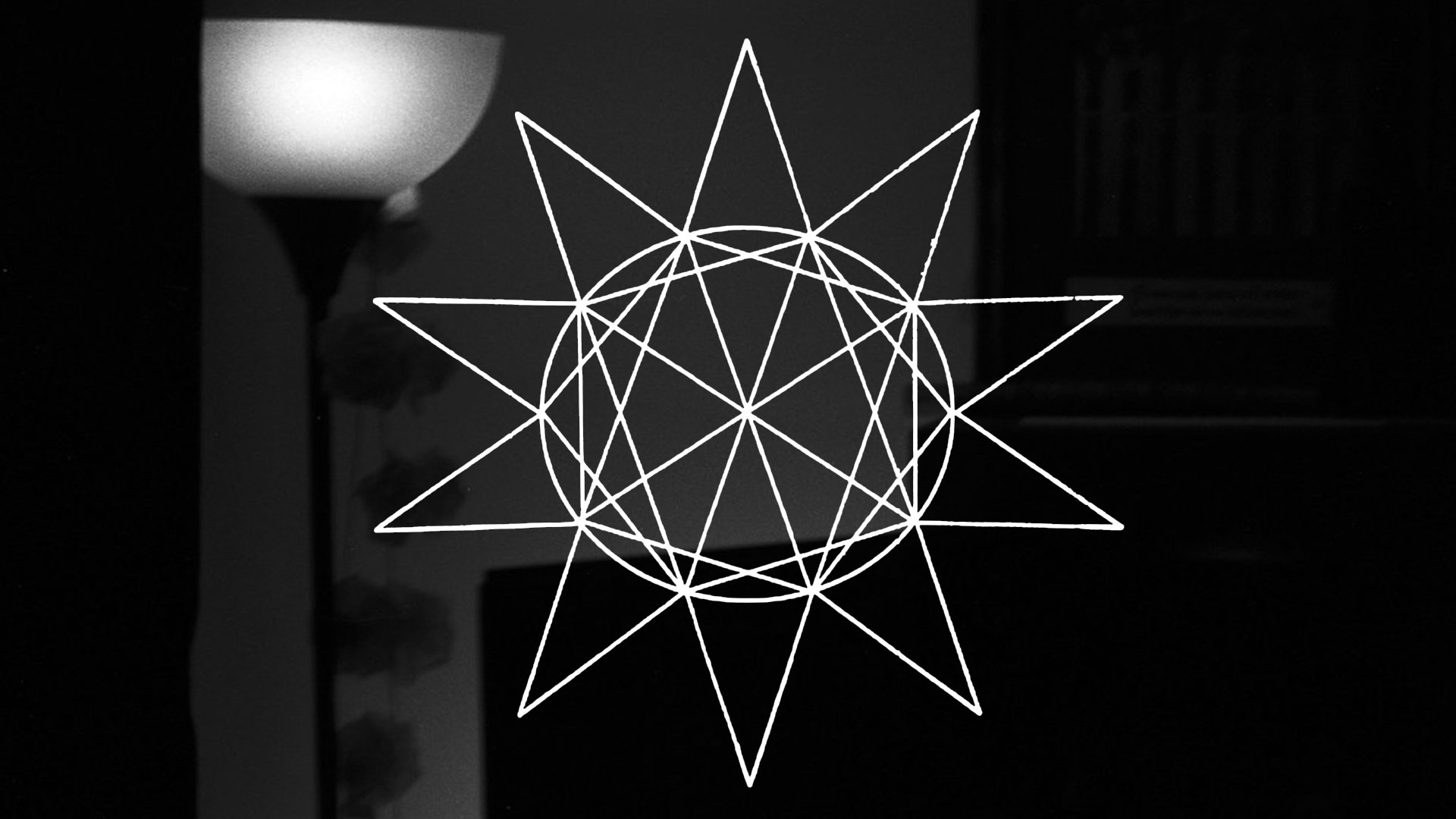 “May I have your attention please.

You are wondering what today’s lesson will be about. Today’s lesson in psychology will be about emotions. Now we all start with a primary set, and as we grow older we acquire more of them. We’ve all read about Bluebeard's Closet and Pandora’s Box. Most of us know the fascination of locked places and hidden things. That fascination is probably the emotional side of our curiosity.

Would you like to know what’s in the box?"

The Union Argus is a multi-faceted creative outlet operated by Collin Nelson out of Broome County, NY. Projects range in form of medium; including video production, printed media, and audible media. These works generally being self-released and subsequently produced in small quantities. Most often, the intention of the work being to confront personal problems head on and honestly in the hope of progress or change.

Working to release with Collin has been brilliant. His sounds are not like much others, and to say that it's a bizarrely different soundscape would be an understatement. Taking what's been lost to years of disposed media has been brought back to life, like a sonic Frankenstein's Monster, taking on the form of towns and cultures long forgotten. I urge you personally that The Union Argus is worth every second of your time.

The Union Argus has plenty of limited, DIY tapes out in the world, but we've worked hard to release the album "Recessions" on pro-dubbed tape for the first time, an album that Collin personally said "... feels like a culmination of all the things I had done under The Union Argus thus far." We hope you enjoy.

Editor's Note: A week before the official tape release, we ran into a problem that both of us - Chromatic Aberration Records and The Union Argus - couldn't fix alone. Because of that, we'd like to extend an extra special thank you to Arjen Schippers for remastering "Recessions" in its entirety. He saved our hides, and this cassette release would be done for without him. 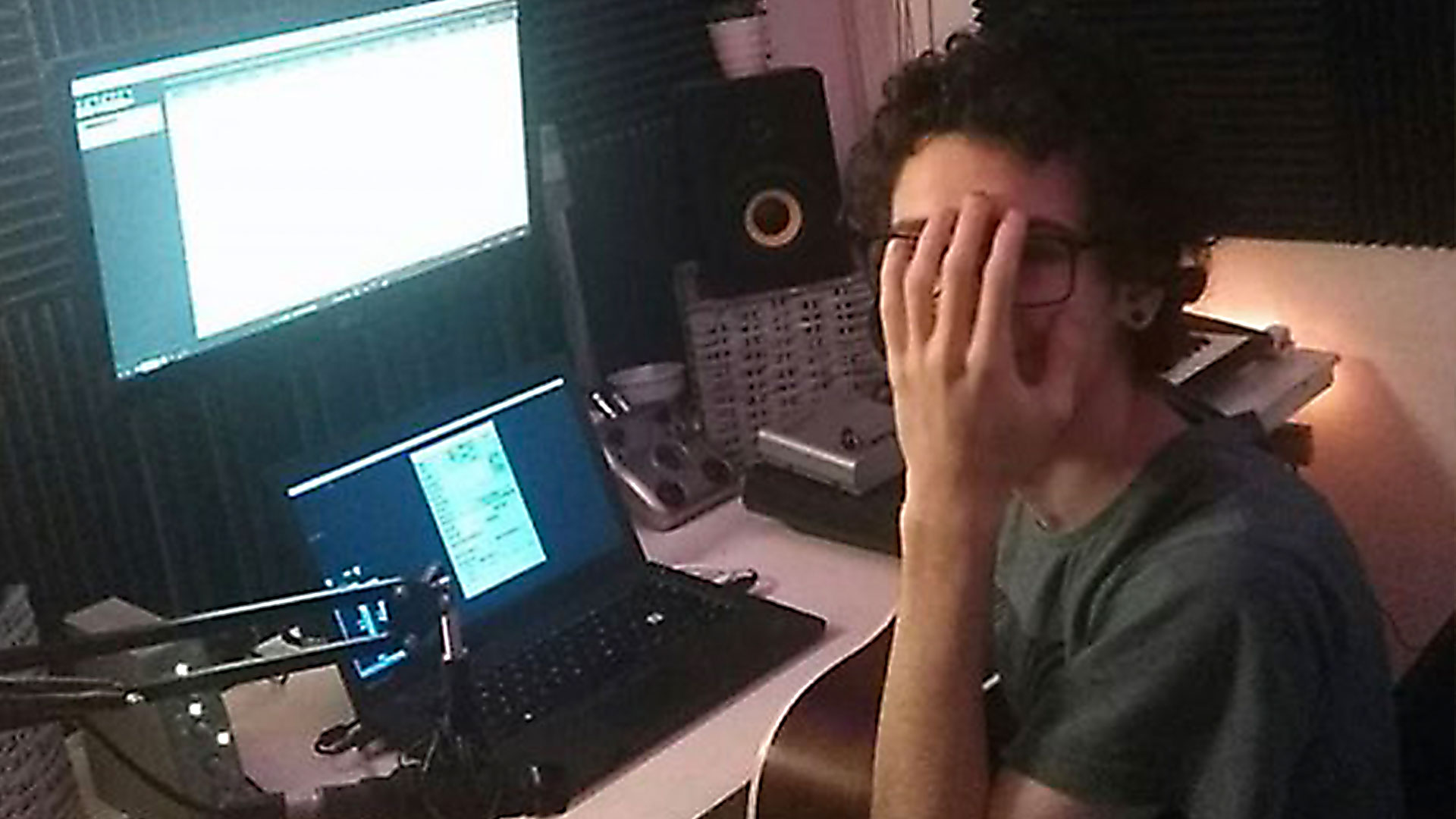 Our first artist releasing via Chromatic Aberration is the fantastic bedroom pop-star Reverboy!

Santiago Ponce de Leon is a small artist right out of the heart of Argentina, and is someone who personally spends countless hours writing, recording, and releasing song upon song. Every day you follow him, you'll constantly see him posting soulful covers of DIY hits alongside small bits of demos and new material, hidden away to refine and release later.

Santiago's music is more than just that pop taste - it's across the board, from delicate vocals to groovy King Gizzard inspired psych. With everything he releases, you can feel the joy in the music.

We've worked with him to release his sophomore album "Is This Temporary?" on B/W cassette, a soothing sonnet of an album from front to back.

We're proud to work with him, and honestly, CA wouldn't be much without the first artists. 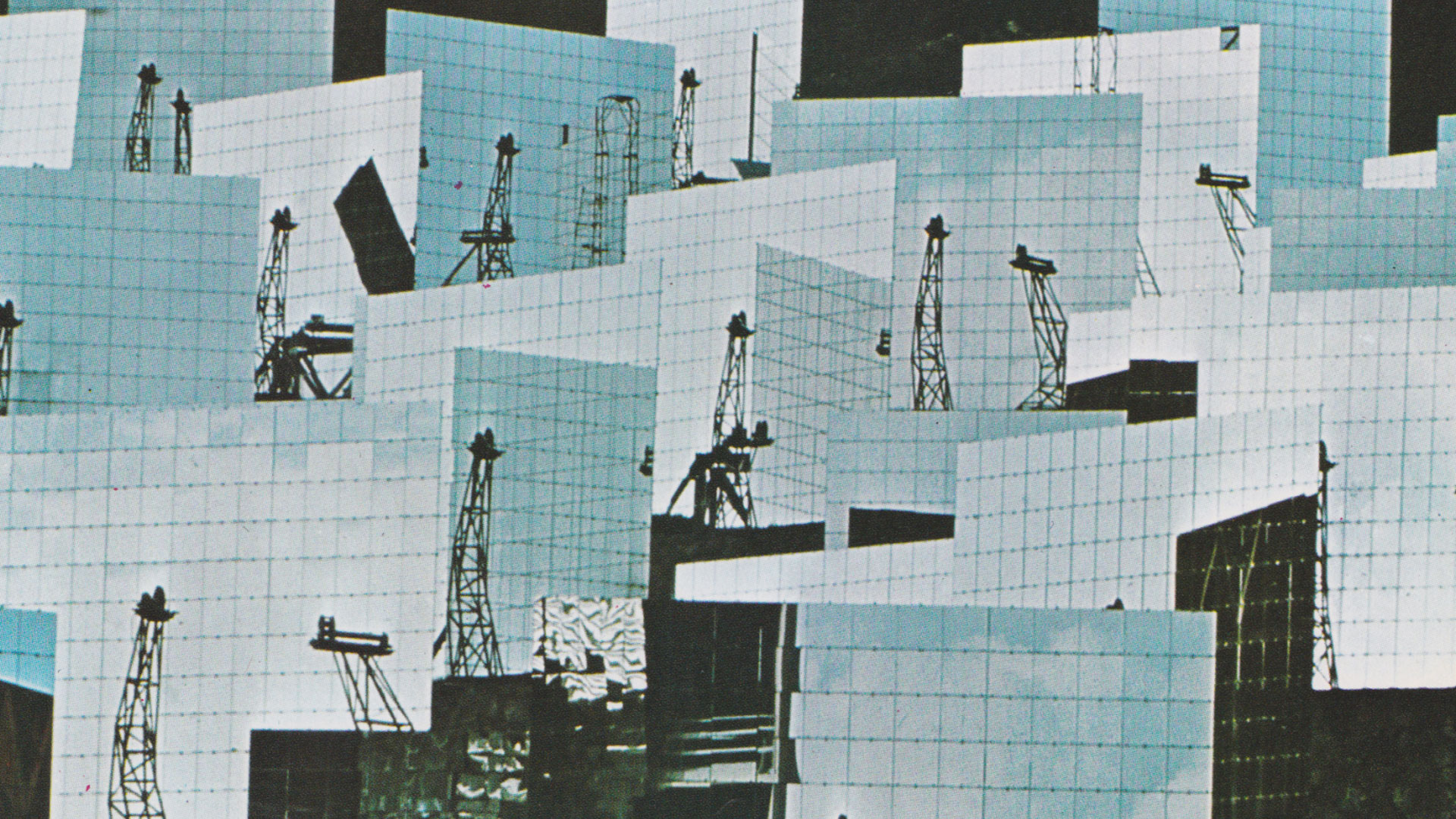 Everyone has released Polygondwanaland.

King Gizzard's 12th album is the people's album. Marketed and released under the Creative Commons 3.0 License, everyone, and I mean EVERYONE, has released this album. As I write this, 3 unique cassette releases other than our own were produced by other small DIY labels, and numerous other vinyl productions under the same concept.

We released a tape too. It's got a blob of white spray paint on it and some unique art to boot.